Lunch at the Okinawan Festival 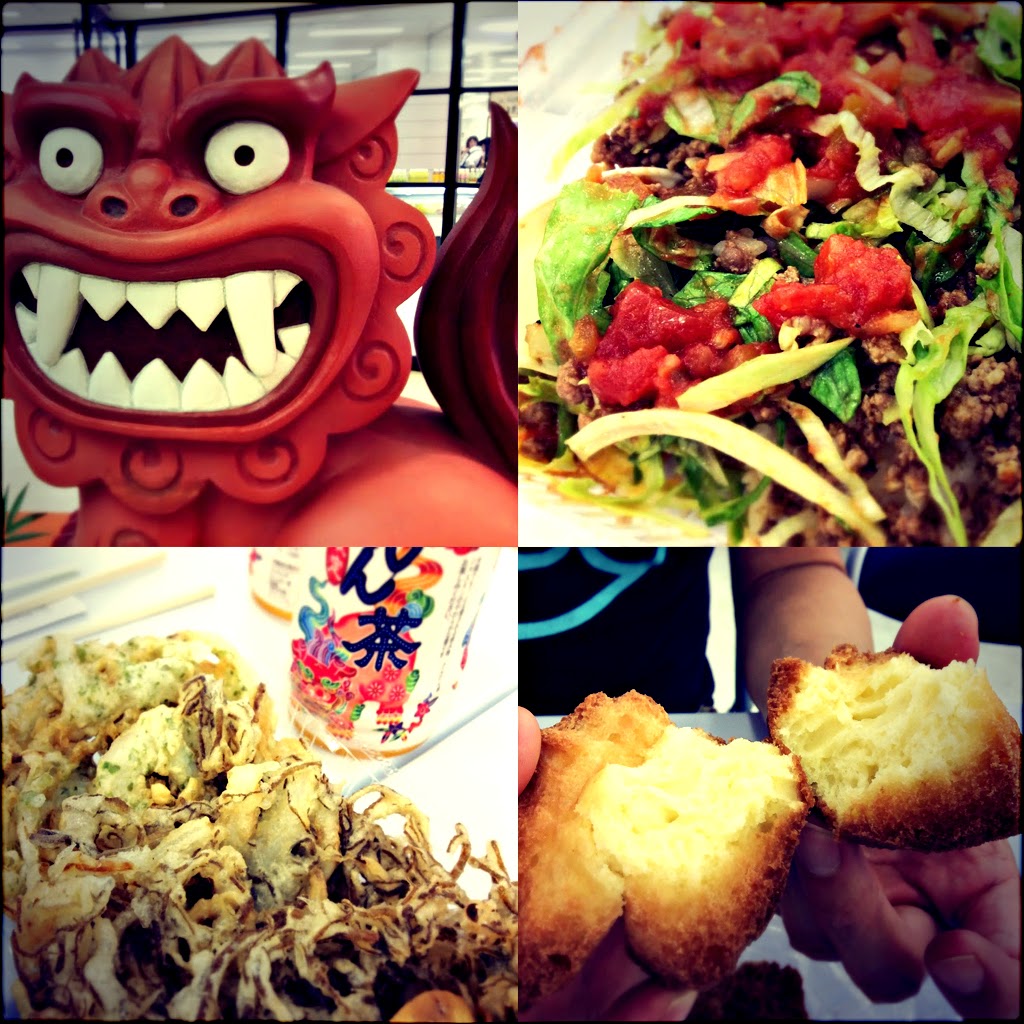 Yesterday I went off my diet but just for lunch. There was a good reason for that and it's a good one. There was an Okinawan Festival being held nearby at Ikeukuro's Sunshine City for three days and as these things usually attract huge crowds, I decided to go on Friday during the day when the crowds are usually lighter.

The fair itself has lots of diversions including traditional folk dancing as well as the opportunity to sample some delicious Okinawan specialties, and that's exactly why I had to ignore my diet for just one meal.

Walking around and checking out all the food on offer is my favorite part of any proper event and this one didn't disappoint. After one quick but deliberate look around, I decided to get three items. Instead of going for the usual bowl of Okinawan Noodles, I opted for other things less filling as to be able to sample more.

The first thing I chose was a tempura set. Now you might think that tempura is all the same but it's not. Compared to mainland Japanese tempura, the Okinawan version uses a thicker batter that results in something more reminiscent of a fritter, but it's still quite tasty.

These were more of a kakiage-type, where the ingredients were mixed into the batter rather than around them. The selections included mozuku ( slimy seaweed ) and aosa ( nori-like seaweed ) and they were both unique and delicious.

I also got a serving of Taco Rice which is exactly what it sounds like. It's basically taco ingredients on top of rice, rather than in taco shells. I actually love this dish and it's hard to say which is better.

I finished off my meal with a couple of Sata Andagi, which are deep-fried balls of floury bliss. They are like giant doughnut holes that are denser and not as sweet as typical doughnuts (is it spelled donuts?). I could eat a half dozen of these!

There were other goodies on offer and I wanted to try so much more but by this time, my stomach ran out of room. After a few sips of my Okinawan Tea, I was done.

Feeling pleasantly stuffed and satisfied, I browsed the vendors selling traditional crafts and even visited an Orchid Show which just happened to be running at the same time right across from the Okinawan Fair. It was fun and a good way to walk off my food but by this time, the sky was turning an ugly grey, signaling rain. On the way to the train station, I felt the first trickles of rain and decided to rush home before it got any worse.