Jim Thompson's House and my First Thai Meal in Bangkok

After the rather extravagant and not-so-particularly healthy breakfast of cake can tea, my friend and I went in search of some culture at Jim Thompson's House. Known for single-handedly turning the Thai silk industry into a hugely successful export business, Jim Thompson built himself a house. It was no ordinary house, but actually six traditional wooden houses recontructed into one grand residence.

Full of priceless artifacts, traditional Thai porcelain and beautiful lush gardens, tours are held throughout the day, giving you a glimpse into Thai culture and architecture as well as the man himself. Set in a small soi (street) in the midst of the chaotic city of Bangkok, the place is a refreshing way to spebd an hour or two in serene and peaceful surroundings. 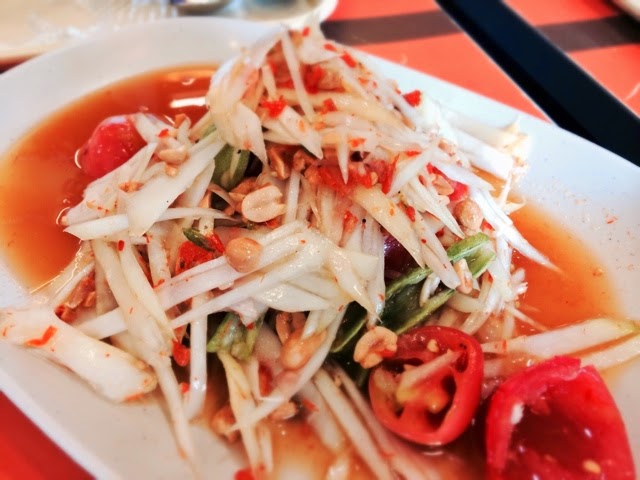 After enjoying the tranquility of Jim Thompson's House, I ventured off in search of lunch. I already knew what I wanted and I knew exactly where to go. I was craving Som Tum, which is probably something I could eat almost everyday.

A good plate of Som Tum is what makes foodies swoon with delight. Fresh green papaya mixed together with a blend of fiery hot chili peppers, nutty peanuts, dried shrimp and lime, each bite carries with it the most intense and complex flavors-sweet, salty, spicy and sour. Now make no mistake as this salad is not for those who have a low tolerance for spicy foods. The Som Tum's spicy level is not for the faint-hearted. With a side order of sticky rice and perhaps some pieces of chicken, I need nothing else. 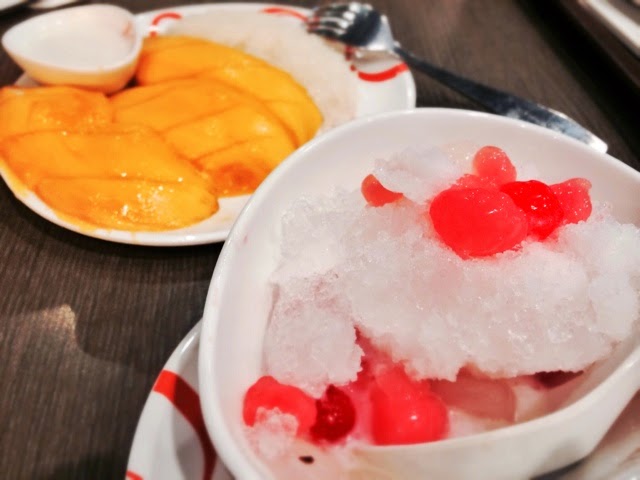 For dessert, I went a bit crazy and got two! I ordered a refreshing bowl of red jelly bits and water chestnuts topped by a mound of shaved ice all swimming in sweet coconut milk. And since mangoes are in season I couldn't resist a plate of them. The iced dessert was refreshing while the mangoes were sweet and rich as a cake from Hediard.  I was stuffed and felt like a Thanksgiving turkey after the meal, but it was all worth it because I was beyond happy.