A Rewarding Hike Up Koko Head 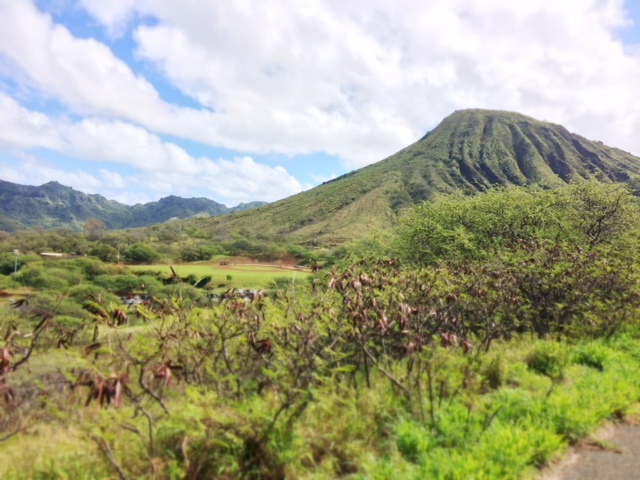 It's surprising to many when they first hear of the numerous hiking trails that can be found all over the island of Oahu. When it comes to Hawaii, most people envision pristine, white sand beaches, beautiful hula girls and sipping Mai Tai's at the hotel bar. But it's true! From the fairly easy-to-hike Manoa Falls to the difficult Olomana Trail, there's truly a hike for everybody.


On this fine day, a couple of my friends and I decided to take up on the challenge of climbing up Koko Crater. Although it's a rather short hike, it can be super tough depending on your fitness level. This hike, or rather a climb up the side of Koko Crater goes straight up, which basically makes this nature's version of a Stair Master from hell! 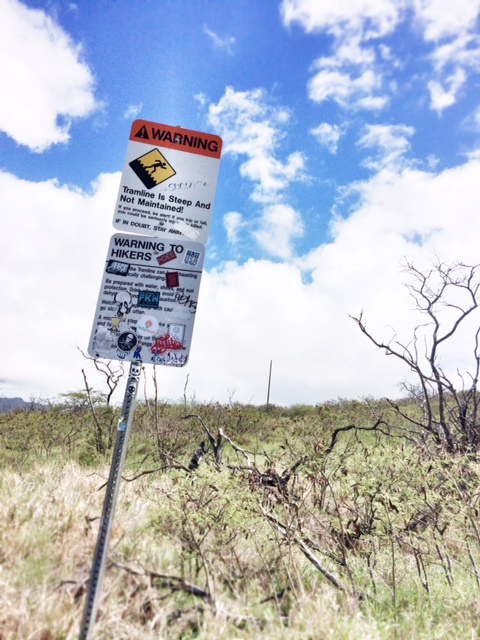 Signs are posted at beginning of the hike, warning hikers to be extremely careful. The roads are not maintained and accidents can sometimes happen. Also if you're not wearing proper shoes, it's highly recommended you skip this climb altogether, lest you slip through the cracks midway of the trip!

I'll be completely honest with you. After reading the reviews on tripadvisor, I had second thoughts about doing this hike. But in the end, I knew that if I was ever going to do this hike, it might as well be now. I'm definitely not getting younger and from what I hear, I'll need all the stamina and strength I have to complete this hike. 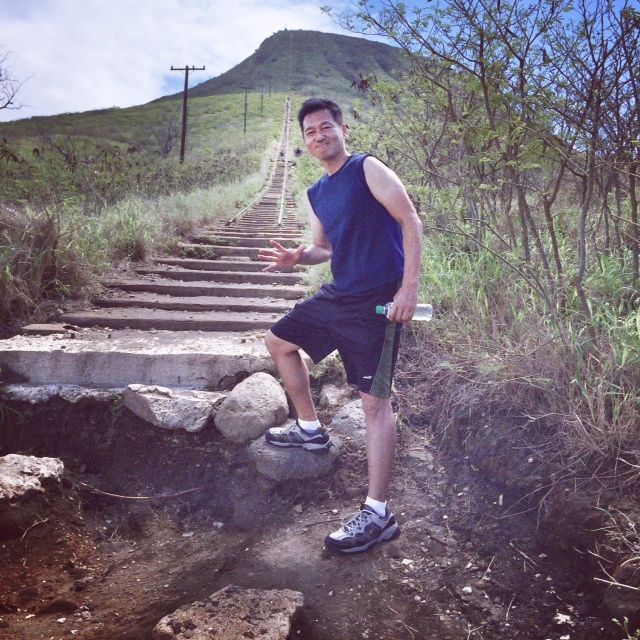 The entire hike consists of an endless flight of stairs, 1048 steps to be exact, and they are far from your normal everyday steps. The trail is lined with railway ties and was originally built to transport supplies and military personnel up to the summit. 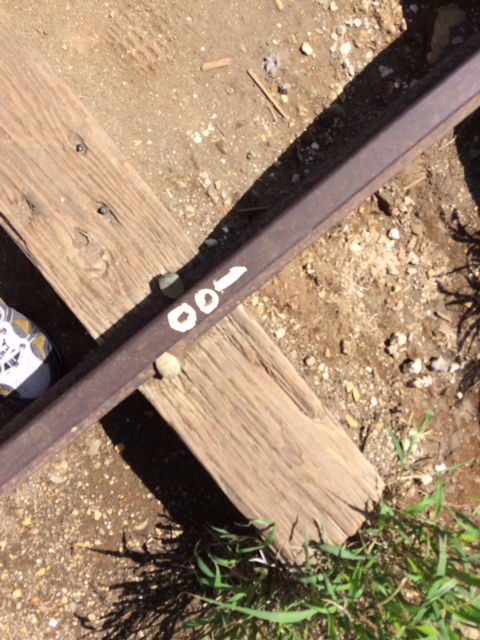 Here we are at the 100th step marker. So far so good and I'm actually feeling quite good today. There's a cool breeze in the air and it keeps us from overheating. Making sure to take occasional breaks, we continue upwards. 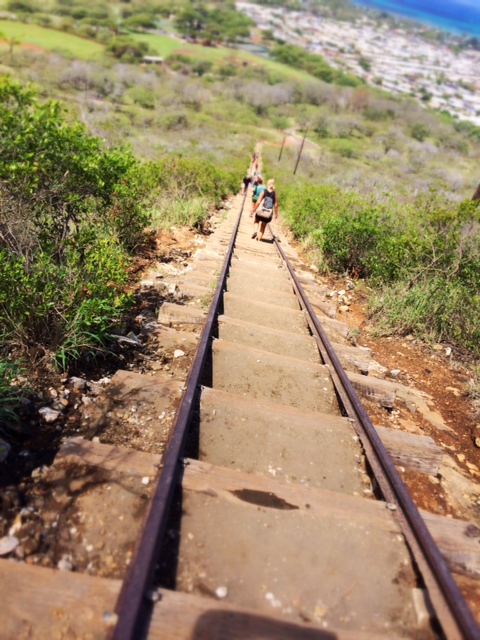 One thing I noticed on the hike was how steep the road up really was. In fact, the higher you go, the steeper it gets. There were many athletic people that were running up and down the steps, multiple times. I have absolute respect for those guys as I can't imagine ever doing that! 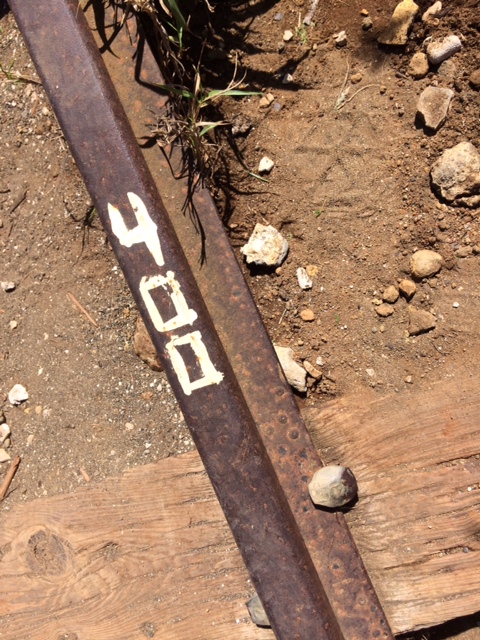 After 400 steps, I find myself breathing harder. Still if you're used to working out a few times a week, everything should be OK. Making sure to pace yourself is important especially if you want to make it up to the summit. 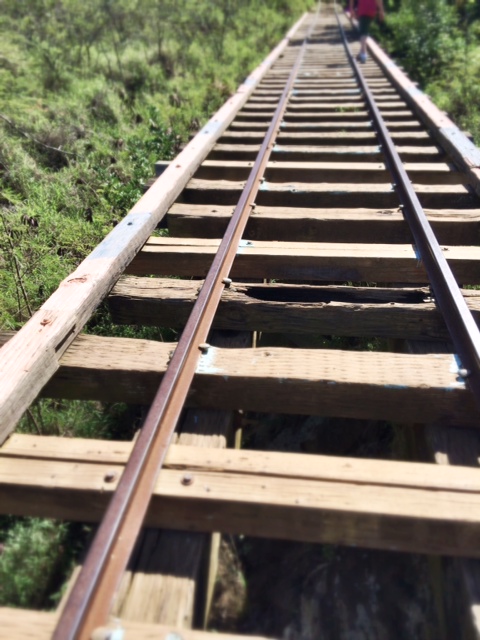 After the 500th step or so, we encounter something that would make anyone with a fear of heights dizzy. I'm not sure if you could call this a bridge, but this section is suspended in the air with large gaps in between the wooden planks. One slip and you could injure yourself quite seriously. Time to take a deep breath and conquer my fear of heights! 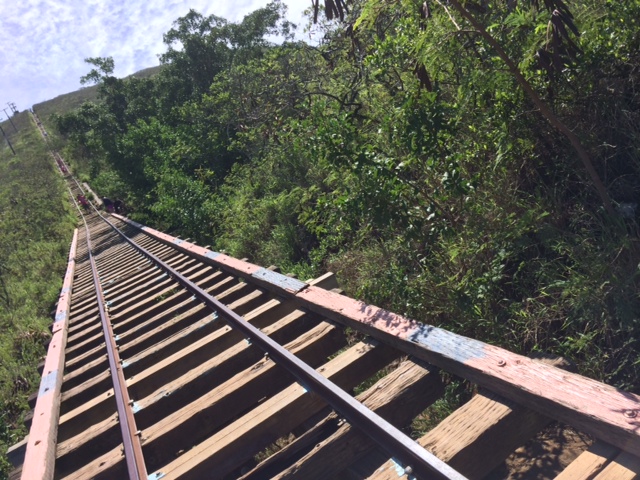 Once you start to cross, I found it was quite impossible to stop. With my eyes focused at my feet, I concentrated on just getting to the other side. There were a couple of people that got stuck coming down, afraid of going any further. I didn't want to end up like that so as I crossed, I concentrated and decided to just count. 1,2,3,4...arrrgh....5,6...damn don't look up...not even close to the other side....7,8,9..... 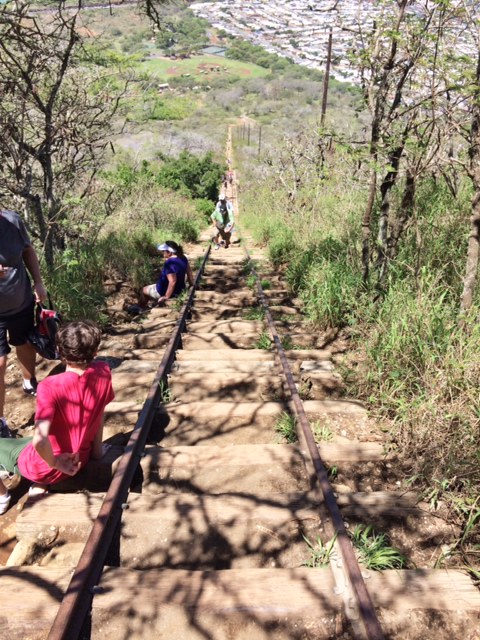 As I mentioned before, I came on this hike with two friends. It became obvious that we all had different levels of fitness. The fittest one made it to the top first while the other one kept having to rest every 20 steps or so. I was stuck in the middle which was a good thing because I could sort of keep an eye on both of them. 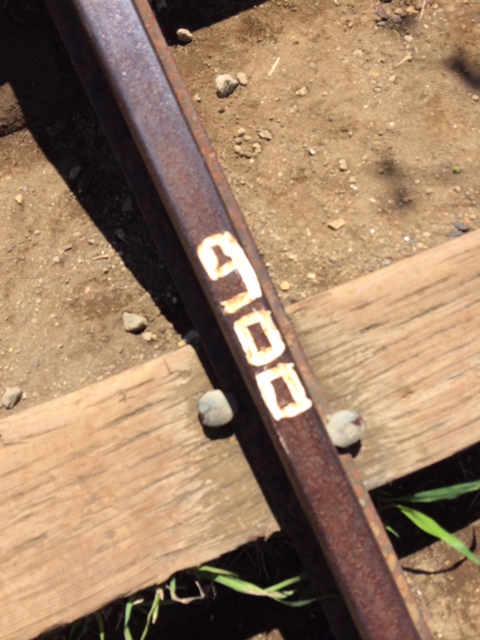 After that harrowing walk across the bridge of death, the trail became noticeably steeper. And as one looked up towards the summit, it was apparent that it would only get steeper. One of my friends was already a the top but I was worried about the other one. He looked like he would give up any minute. So I waited for him to join me so I could give him some encouragement. 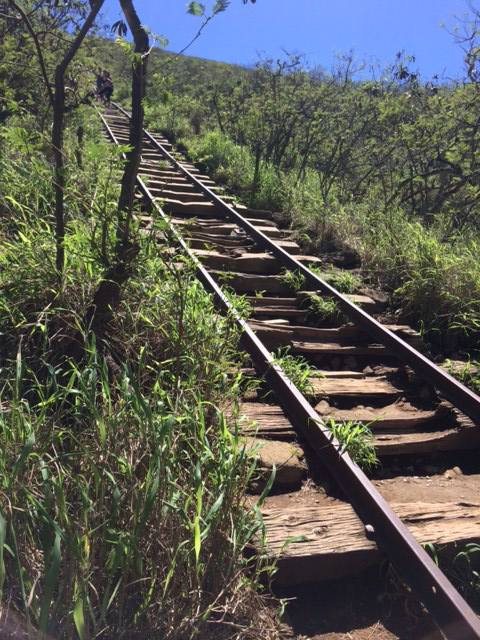 Almost at the summit, but not yet. You can see how steep the incline is. Seriously, it's no different than being on a StairMaster on level 20 in the blazing, hot sun! At this point, I can hear my friend at the bottom cussing to himself! 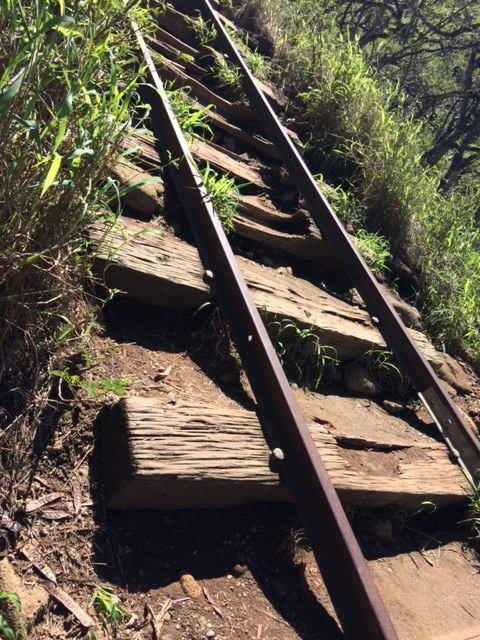 The final portion gets super crazy steep. I'm not kidding! It's really just the final 20 steps or so, but I found myself taking breaks after every 10 steps! I really have to get myself back in shape. 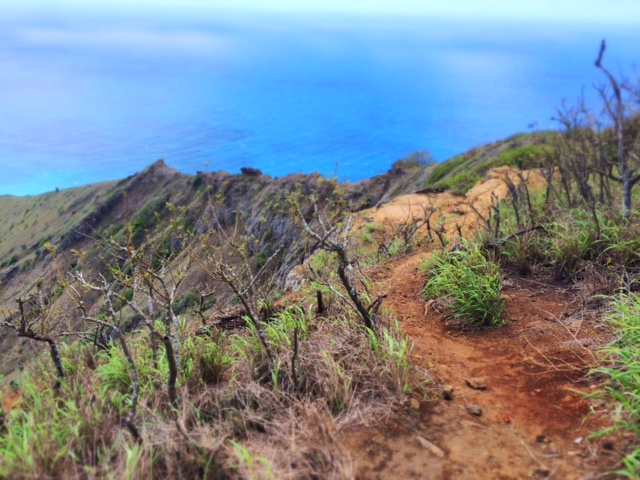 Finally we make it to the top and the feeling is absolutely exhilarating! Looking down, you see how far you've come and there's a sense of accomplishment that you don't get on other hikes. Perhaps it's because it feels more like a workout than a leisurely hike, or the fact that I never thought I'd be doing this hike ever.

Whatever the reason, those who make it to the summit are rewarded with this incredible view. 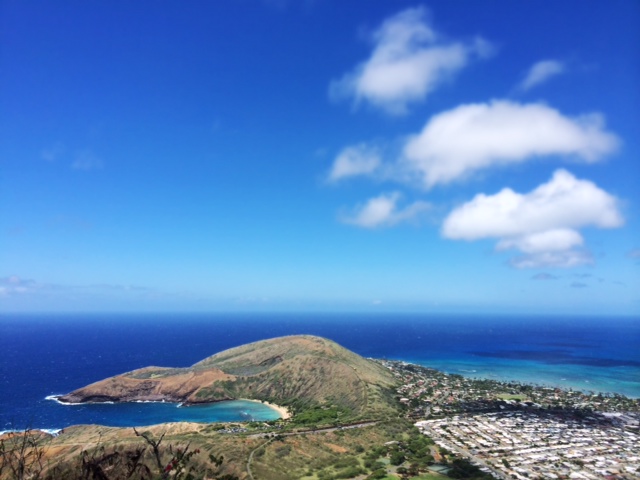 Just look at this view! I know photos don't do the real thing justice, but you are literally surrounded by the cobalt blue of the ocean. The view was breathtaking to say the least and while my friend who struggled was busy throwing up his breakfast ( yes, unfortunately this is true ), I took a deep breath and just enjoyed the moment. It felt incredible!

Looking around I could tell that I wasn't the only one that was feeling this way. There were people with both arms in the air while some were deep in meditation in various yoga poses. Many were taking selfies, which is de rigueur these days, especially for the social set. 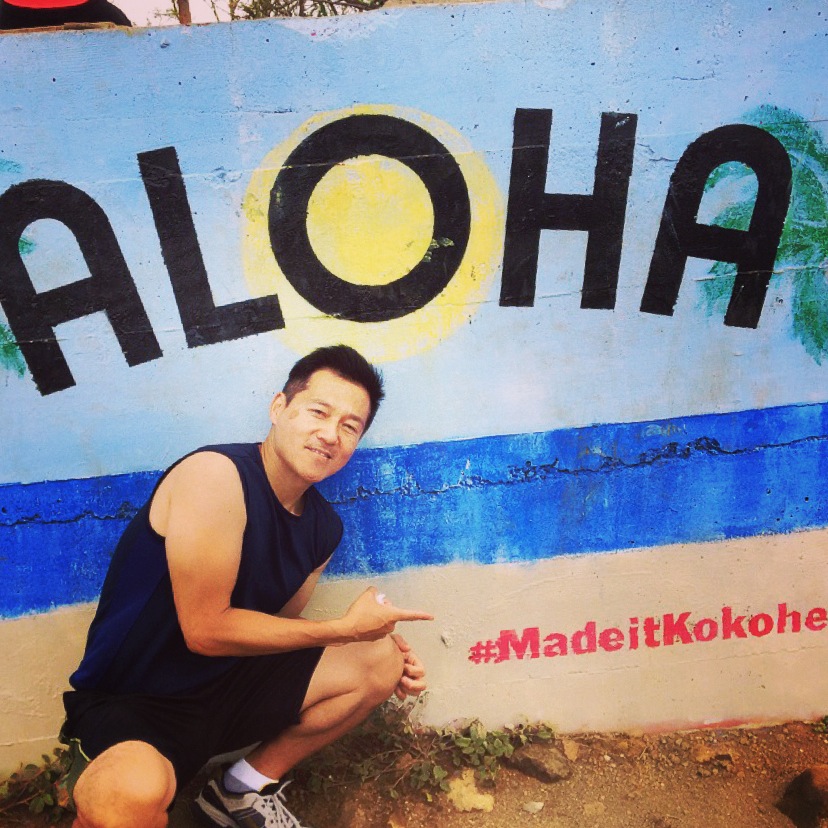 Before making our way back down, we took photos in front of this sign, letting the world know you've made it to the top! Ahhhh! Mission complete! But wait. Hold on! We still have to get down!

Now you would think going back down was going to be easier. Wrong! It was even harder going down and crossing that "bridge from hell" was nearly impossible for me. With help from my friend, I was able to get up from a rather pathetic sitting position so that I could get off the damn thing!

So if I had the chance, would I attempt this climb again? You bet! The climb up wasn't too difficult and I like the cardio workout you get ( To burn off those calories from the huge slab of cake from breakfast ). The view from the top is absolutely amazing and that alone, is reason enough to go again. The "bridge from hell"? That's the iffy part for me.

Did you enjoy this post? If you did, I hope you consider subscribing to my newsletter. Not only is it free to join, you get a FREE copy of 10 Favorite Recipes from My Kitchen, which I just finished putting together. Thanks and if you found this post helpful, please share it with your friends! Mahalo!